Humanists know the value of understanding the past – are we the only ones?

One of the most memorable quotes I heard as an archaeology student was ‘you have to know the past to understand the present’. Originating from Carl Sagan and repeated by my lecturer to a group of students who thought we were studying the past to understand the past. Over the course of my research career, as all other scholars in the humanities, I have felt profoundly the value of knowledge of the past in understanding the present day, and informing thoughts on the future.

It is clear, however, that not everyone is aware that this useful tool is in existence.

At the end of July 2019, Patrick Collison and Professor Tyler Cowen published an article in The Atlantic, calling for a new science to help humanity ‘get better at knowing how to get better’. The authors suggest this new discipline could be called Progress Studies. The problem, of course, is that numerous disciplines already study human ‘progress’.

This proposal favours the ‘new’ over what is already in existence. In doing so, it disregards – or attempts to quietly colonise – the humanities. The derision with which the article was met, was less about a vaguely patronising suggestion co-written by a Silicon Valley billionaire and more about the perpetuation of the recent sustained attack on the humanities. As humanities scholars we must ask, what has caused an article demonstrating such an acute lack of awareness of our disciplines to appear at this time? Does industry need to explore more actively the work published by the academy, or do humanities scholars need to promote their worth with greater vigour and persistence?

Collison and Tyler purport that ‘Progress itself is understudied’. In reality, technological advancement and cultural change have been explored through the prism of prehistoric to present day material culture in the discipline of archaeology. Osteoarchaeologists and anthropologists have studied the evolution of humans, including the biological and demographic dimensions, while historians have explored the development, use and interpretation of discourse. None of these disciplines have remained static since their creation; their fluid boundaries have become more porous as their practitioners view greater complexities and intricacies of the world. The humanities incorporate gender, comparisons, technology, the digital world, outer space, the interplay between these, and the history of the disciplines themselves.

The authors are of course aware of the humanities: ‘Progress Studies has antecedents’. However, what they call for is a slant to research which the established disciplines do not typically examine; that is, ‘a deeper goal of speeding [progress] up’. This is the second uncomfortable issue with this article: the Darwinist undertone to the term ‘progress’.

The notion that there is a completed stage in progress, which some have achieved and others have not, plus the desire for ‘progress engineering’, reeks of colonialism. The proposal for Progress Studies, which would include studying ‘successful people…and cultures’, demonstrates the need for humanities research and its inherent critical lens. Whose culture is ‘successful’? How are ‘successful people’ defined? ‘Progress Studies’ appears to desire the quantification of society, a reduction of complexity into groups of winners and losers, and a striping away of characteristics and density to make it manageable. Or more worryingly, a striping of the characteristics which are not deemed as part of ‘progress’. In contrast to this, the humanities emphasis on qualitative study embraces the chaos and complexities to understand the ‘why’ not only the ‘what’.

The authors of The Atlantic article define progress as the ‘combination of economic, technological, scientific, cultural, and organizational advancement that has transformed our lives and raised standards of living over the past couple of centuries’. This focus on finance and empire seems to overlook a central thread of ‘progress’ as they have defined it: it is situational and can occur only at the expense of another.

This isn’t the first time, Silicon Valley has called loudly for something which already exists. Earlier this year, Tristan Harris, co-founder of the Center for Humane Technology, called for a new discipline to study Society & Technology Interaction. Harris argued that software engineers building the technology of the future lack social and cultural knowledge. This may well be true; however, examination of the interaction between people and technology is also already in existence, with researchers working in disciplines such as science and technology studies, sociology, anthropology, political science, and digital humanities. 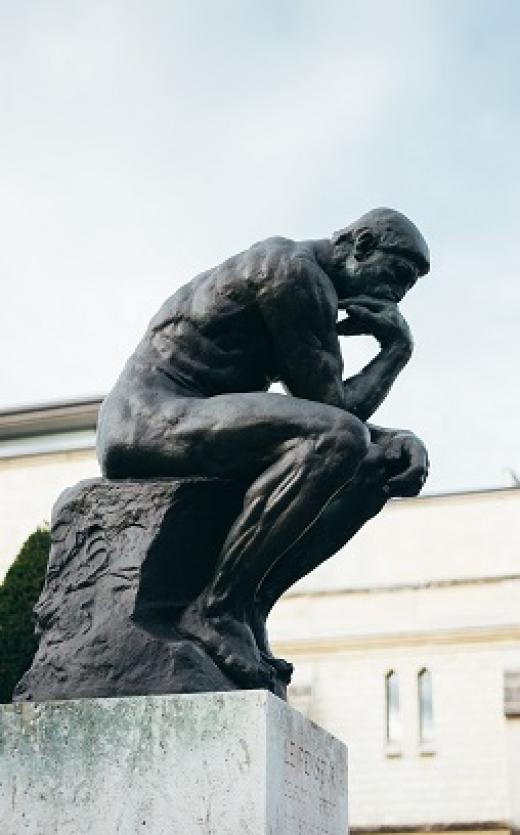 This suggests that there is, at best, a severe lack of communication between disciplines or, at worst, it is indicative of an incuriosity and disrespect for the humanities. Is this a case of the proponents not doing their research or does the fault lie with the humanities – should we be engaged in a more active dialogue with colleagues in STEM fields?

This isn’t to say that there is no merit whatsoever in what was proposed in The Atlantic article. The authors suggest researching ‘as broadly as possible’, comment on potential limitations of inward looking disciplines, and reference the lack of funding, particularly for early career researchers.

Do we need, as the authors have argued, the establishment of a new discipline to overcome the challenges in research? An implication exists within this argument to diminish the work undertaken in humanities departments and instead focus efforts on a revised ‘new science’, which essentially would provide the same. New packaging for what has always worked. No, what we need is to respect, support, promote and enhance the disciplines we have.

At a time when enrolment in undergraduate humanities programmes is falling, in some places precipitously, an article such as this perpetuates the false notion that the humanities are not useful, relevant, or productive. While this is damaging, there is an onus on humanists to reach out to STEM colleagues and practitioners beyond academia and restate their relevance.

Rather than creating new disciplines, we should provide greater opportunities for communication between disciplines at undergraduate level. This would allow those in STEM careers, such as the authors of The Atlantic article, a fundamental understanding of what is undertaken within the humanities and the great potential of what else can be achieved.

With a greater grounding in the humanities, arguably this article would not have been published. It recommends a discipline to explore a flawed and loaded notion which emphasises productivity over reason, empire over ethics, and finance over culture. When experts in tech and economics feel their sector and discipline are lacking, I would encourage a call for contribution from the human-centred disciplines under the humanities umbrella. What if, they had suggested how to engender better communication of knowledge or direction to sources?

We live in a culture which celebrates those who loudly announce innovative ideas with confidence, regardless of whether they already exist or are required. What would be truly innovative and ground-breaking would be communication between experts and cohesion between sectors.

Dr Sarah Kerr is a Research Fellow based in the Trinity Long Room Hub Arts and Humanities Research Institute, Trinity College Dublin. Her research is at the intersection of archaeology, cultural heritage and identities studies. She is Principal Investigator on a number of projects exploring the role of the past in modern society and she has worked as Project Officer on a number of interdisciplinary research themes. She can be found on twitter @Sarah_L_Kerr.