On 12 June 2018, I arrived to the Sabhal Mòr Ostaig campus of the University of Highlands and Islands (Scotland), to join the international gathering ‘Ulidia VI / Fíanaigecht III’. The highly-welcome idea to convene a joint meeting of scholars working on the Ulster and Fenian tales was conceived at the fifth Ulidia conference in Maynooth.

In 2015 in Maynooth, I was the closing speaker talking on an intriguing figure of speech, ‘if you were to search the whole world as far as India of magnificent gold’ (da siorthasa an domhan uile gus an India oir oirdercaig), employed by Cú Chulainn in his address to Conchobhar. On the Isle of Skye, as an opening speaker I delivered a talk on the 1937 Donegal oral version of a tale about Cú Chulainn killing his son that was originally recorded from Séamus Ó Casaide, an Irish-storyteller born in 1880 in Teelin, by Seán Ó hEochaidh. Oral narratives antecedent to Ó Casaide’s version have been collected in Donegal in the 1890s by the Gaelic League activists, Seosamh Laoide and Séamus Ó Searcaigh, and the linkages between them are intriguing. The talk grew out of my two-year research project funded by the Alexander von Humboldt Foundation (2016-7) to discuss the work of German folklore collectors in the Donegal Gaeltacht in the 1930s.

From the Isle of Skye, I drove to Rosslare, to embark on the ferry to Roscoff and then on to Quimper (Brittany) to the bi-annual colloquium of the Learned Association Societas Celto-Slavica. The society was founded in 2004 with a view to fostering connections between Celtic scholars working in Ireland and Wales and Slavic specialists in Celtic from Central and Eastern Europe. Since, more and more colleagues are involved interested in literature, language, folklore, archaeology, and history of Celtic scholarship. As Secretary and Founding Member, I have co-organised the Societas colloquia in Coleraine, Moscow, Lodz, Dubrovnik, Pribram, St Petersburg, Bangor, Heidelberg and now Quimper. The colloquium was preceded by meetings at the University of Western Brittany where we discussed our Erasmus exchange, our joint international ‘Masters in Celtic Languages and Cultures in Contact’ and its possible spin-offs in the future, and most importantly, the establishment of the international series Studia Celto-Slavica as the on-going publication of the Centre for Research in Breton and Celtic Studies in Brest. Previously, the series included conference proceedings of each colloquium published by the colloquium organisers. The start of the series as an academic journal provides us with the opportunity to welcome publications on Celto-Slavic links and connections on an annual basis. 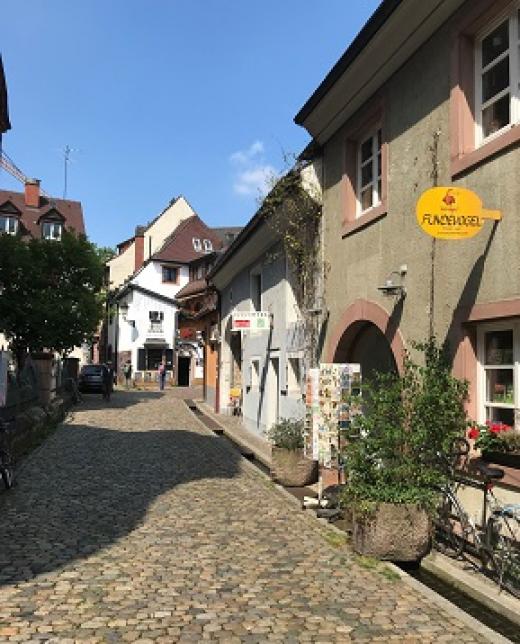 The colloquium was a great celebration of Celtic scholarship. Preceded by the workshop on ‘Linguistic Typology of Breton’, we enjoyed two days of lectures on subjects such as linguistic geography as a window on the phonetic variation in early medieval Brittany, Celtic element in Gallo-Roman dialect areas, Breton and Lower Sorbian word order in the translations of the Bible, a linguistic category of aspect in Sorbian and Welsh, calques from French into Middle Welsh, lexicostatistics and the theory of universal semantic shifts in Irish and other. I have launched the 8th volume of the Studia Celto-Slavica series, as well as demonstrated an on-line ‘Stories of the Sea’ database containing a selection of maritime memorates from Ireland and Scotland. The conference reception ended up with a session of Breton and Slavic singing, and the conference tour brought us to the craftsmen’s village of Locronan (named after its founder, the Irish saint Ronan) and the medieval abbacy of Landevennec.

Having agreed to convene the next colloquium of Celto-Slavica in Szczecin, Poland, in two years’ time, I flew off to take part in the summer school at Sprachlehrinstitut, Albert-Ludwigs University of Freiburg. My aim was to improve my German: although I studied for two months at the Göthe Institute in Schwäbisch Hall  before starting my Humboldt project at the University of Tübingen, I still feel that was not enough. I chose to spend the summer hottest month somewhere in the south of Germany, Freiburg being the most attractive destination. For four weeks, I have been attending four hours of classes every morning along with practicing my German skills in the afternoon. I felt like a dinosaur among the students who were too young to remember the Iron Curtain, Berlin Wall, Perestroika and Gorbachev. The most popular question was about my paperback dictionary – should I choose an on-line instead? A typical representative of the ‘old school’, I enjoyed the organ in the Cathedral (Münster), classical music concerts in the Concert Hall, the exhibitions of the works of art in the New Art Museum, the archaeological exhibition of Celtic artefacts at the Colombischlössle Archaeological Museum, as well as visits to the Celtic site of Tarodunum and the Roman of Augusta Raurica near Basel.

Busy Season for me has, so far, been an opportunity to recharge my batteries, see old colleagues and reinvigorate my academic networks. August will be spent working on two monographs, three conference contributions, a festschrift article, two editorials and a lecture series to be delivered in the first week of October in Brest. Busy Season will bring a productive outcome if I get it all off my desk before September! 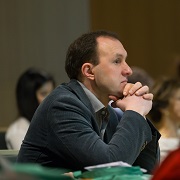 Maxim Fomin is a Reader in Celtic at Ulster University. Dr Fomin graduated with PhD in Early Irish from University College Cork in 2003. Between 2010-13, he led the AHRC-funded project on ‘The Stories of the Sea: Typological Analysis of Maritime Memorates in Modern Irish and Scottish Gaelic Folklore’ (in partnership with UCD Folklore Department and University of Edinburgh School of Scottish Studies).