Union Soldiers look across the Potomac River to Georgetown, with the University on the hill, 1861. [Original: Library of Congress http://hdl.loc.gov/loc.pnp/cwpb.00928]

In June 1838, facing unmanageable debts at its college in Georgetown, the Jesuit province of Maryland sold 272 slaves in its possession. The funds generated by the sale (anywhere up to $115,000) ensured the survival of the college at a time when the Jesuits’ rules prohibited charging students for tuition. In effect, the bodies of black children, women, and men were sacrificed so that white men could continue to study free of charge. On September 2 of this year, in a widely covered move, a working group on slavery and memory at Georgetown University released its report on a shocking event in the history of the university.

The two Jesuits who between them arranged the sale of the slaves, like a great many of the Jesuits in the Maryland province, were Irish Americans: Thomas Mulledy, SJ, and William McSherry, SJ. The sale was not uncontroversial at the time, and the Superior General of the order in Rome argued for manumission of the slaves instead of their sale. But Mulledy insisted that the only financially viable option was sale. All of the Jesuits’ slaves were sold to a US congressman from Louisiana and a couple of other slave owners, and Georgetown’s and the Jesuits’ official part in the institution of slavery came to an end.

But the extent of Georgetown’s complicity with the trade in and exploitation of human bodies is much greater than the headline-grabbing sale suggests—the founding of Georgetown College, as it was then called, was financially underwritten by the fact that the Jesuits could lay claim (though clandestinely, as the order was banned at the time) to 12,000 acres of land in Maryland, along with 300 slaves to work the land. It is likely that the first buildings on the college’s hilltop campus were built with slave labour, and the Jesuits frequently rented slaves from agencies in the town of Georgetown. Most of the students on campus came from slave-owning families (80% of the alumni of the college who fought in the Civil War fought on the Confederate side), and many brought their slaves with them to campus.

Georgetown University is not alone among higher educational institutions in the US in either benefitting from or recognising its entanglement in the “peculiar institution” of slavery. In the past 10 years, universities and colleges like the University of Virginia, Emory University, The College of William and Mary, Brown University, and others have begun to seek ways that they can come to terms with, and perhaps also atone for, their pasts.[i] The idea that universities founded 200 or more years ago would have a past littered with the bodies of slaves can hardly be surprising—the whole history of the US is stained by slavery. It is, as Georgetown University President John DeGioia said in his remarks on September 2, the ‘original sin’ of the entire country, and one that has never fully been recognised.

We need only look at some of the history of the District of Columbia area to get a sense of how pervasive slavery was in the everyday life of the early years of the US: George Washington had 350 slaves on his plantations just outside DC; Thomas Jefferson brought some of his slaves to the White House; two-thirds of the craftsmen who built the original Capitol building were slaves; and at one point there were so many enslaved black men and women in DC that the educator Horace Mann dubbed the city ‘the Congo of America’. By the 1830s, when Mulledy and McSherry sold the Jesuits’ slaves, DC (comprising the slave-trading cities of Georgetown, Alexandria, and Washington) was by far the largest slave market in the world.

Georgetown University itself has, in the modern era, been institutionally aware of its shameful past at least since the 1980s, when a historian at the university documented the Jesuits’ plantations and slaves at the time of the founding of the university. Now, after knowing about the extent of its complicity for years, the university has finally seen fit to engage critically with its own past and to roll out a series of mitigating measures: constituting a working group on slavery and memory; renaming buildings formerly named for Mulledy and McSherry; founding an institute for the study of slavery; finally establishing a department for African-American Studies; and agreeing to give preferential admissions treatment to the descendants of the original 272 men, women and children. These are all necessary responses, and they have mostly been welcomed, but why did they take so long, and what impelled the university to undertake these measures now? 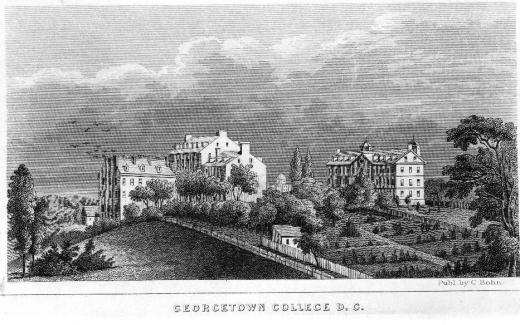 Woodcut view of Georgetown University c.1850, with the former Mulledy Hall (now renamed Isaac Hall for Isaac Hawkins, the first slave on the sale manifest) on the left. [Original: Library of Congress: http://hdl.loc.gov/loc.pnp/cph.3c07171 ]

All of this was not the result of a sudden fit of remorse on the part of the President and Trustees of the university. It was motivated by a student movement on campus that started on the streets of Ferguson, Missouri. Demands for increased attention to issues of racial justice on campus, which have long been simmering, gained new impetus from the Black Lives Matter (BLM) movement, which has radically altered the conversation about race in the US. It is no longer possible to pretend that this is not a country in which African Americans and other people of colour are discriminated against and actively endangered. Students on Georgetown’s campus, seizing on the interventions of the BLM movement, have forced the administration to recognise the limits of its liberal embrace of diversity, and to confront its own institutional role in the historical and continued subjugation of people of colour.

But the origins of this student movement can also be found very far away, in another country struggling to come to terms with a violent past marked by racial discrimination and worse, and another university grappling with the failure of its liberal approach to racial politics. At the University of Cape Town, on March 9, 2015, an activist flung shit at a statue of Cecil John Rhodes that took pride of place on the campus, and demanded the statue’s removal. The protest escalated almost immediately, galvanising a large number of students and alumni who had been grumbling for years about the imposing statue of one of the most violent and acquisitive colonists that Britain ever produced. But there were others who, for many reasons, opposed the removal of the statue. The debate was fierce, divisive, and sometimes violent.

On April 9, 2015, Rhodes ‘fell’, but the removal of the symbol was not the end of the story. After a small-scale beginning, with local demands, Rhodes Must Fall (RMF) grew into a national movement (if such a word can capture the baggy coalition of interests that fall under its umbrella) calling not just for a rearrangement of campus architecture, but also for a radical overhaul of the way we think, the way we know, and the way we teach. Its catchphrase now, taken up across all of the campuses in South Africa, is ‘decolonisation’—of the physical plant, of the academic staff, of the curriculum. The result is an ongoing and often painful and violent re-evaluation of South African higher education.

I don’t have time to go into the whole, fascinating history of RMF (nor do I feel myself qualified, having left South Africa a few years ago), but I do want to point out one very important fact: the RMF movement in Oxford (centring on a statue of Rhodes in Oriel College facing Oxford’s High Street)—which gained notice and traction in the US in the guise of calls to rename buildings on campuses, and served as a powerful inspiration to students at Georgetown—began in Cape Town. Emerging from South Africa, and spreading to the UK, India, and the US, where it encountered and adapted to new histories and contexts, the RMF movement appears to be a living example of an emerging ‘Theory from the South’, to borrow a phrase from anthropologists Jean and John Comaroff. The movement, though not without its critics and problems, has created a new transnational call for a re-evaluation of the place of the university, and it has been driven by and from the Global South, inspiring students elsewhere in the world to question the complicities and entanglements of universities with histories of discrimination and violence.

Complicity and entanglement. I use these words as they have been used by two South African literary scholars, Mark Sanders and Sarah Nuttall. Both Sanders and Nuttall capture the sometimes terrifyingly complex aftermaths of the violent past in the institutions and cultural production of the present. They offer thoughtful and provocative reflections on how we can bring to the surface, interrogate, and sometimes repair the inheritances of the past, whether in South Africa or at Georgetown University. Absolutely crucial to this action is humanistic inquiry. The call for decolonisation of the curriculum, and indeed of knowledge itself, is a call for the reflective capacities of the humanities at their best to offer a compelling (and, when necessary, self-critical) voice in the academy. After all, how can Rhodes really fall unless historians help us to know who he was, how can a curriculum be decolonised without the insights of postcolonial theory, and how can a university come to terms with its dehumanising past without understanding what it means to be human?

[i] The entangled histories of universities and slavery has been recently documented by historian Craig Wilder in the book Ebony and Ivy. 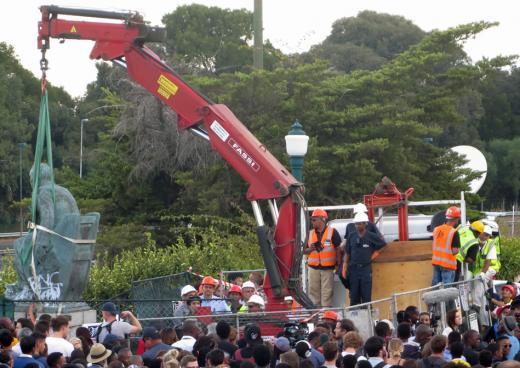 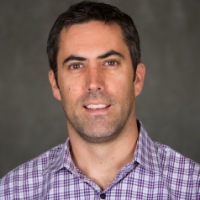 Cóilín Parsons is Associate Professor of English at Georgetown University, and a graduate of the National University of Ireland, Galway. He is the author of The Ordnance Survey and Modern Irish Literature (Oxford University Press, 2016), and co-editor of Relocations: Reading Culture in South Africa. Before taking up his position at Georgetown he was a lecturer in English at the University of Cape Town.