The Humanities and Me:
Desmond Clarke

Isaac Newton wrote to a correspondent, in 1676, to compliment him on his scientific achievements in optics and to claim that he had made more progress in the same field himself. He added, with false modesty: ‘If I have seen further it is by standing on the shoulders of Giants.’ The sciences have long acknowledged this indebtedness to earlier research. It applies equally to the humanities, in which we all stand on other shoulders, those of giants or otherwise.

The kind of ‘standing’ involved here is not inactive. Each generation must rethink the fundamental ideas on which our life in common depends. Here are two examples on which I’ve done some work recently.

During the seventeenth century, there were no schools in Europe for girls and, consequently, women were not allowed register in universities. Opponents of equality argued that women didn’t need education because they did not exercise the offices for which education was required and, therefore, they could not be admitted to those offices because they lacked the required education! Nonetheless, a number of authors—some of them ‘uneducated’ women—challenged the status quo and argued that women are, and should therefore be treated as, exactly equal to men. Marie de Gournay published her book, The Equality of Men and Women in 1622; Anna Maria van Schurman published a defence of women’s right to education in 1641 (and wrote it in Latin), and Poulain de la Barre published The Equality of the Sexes in 1673.[1]

The unanimous conclusion of all three was that the arguments of ancient authors against women’s equality were prejudicial; that the biblical texts to which Christian churches appealed merely expressed the prevalent opinions of the periods in which their authors wrote (rather than something ordained by God); and that, in general, women were as capable as men of assuming any office—including all offices in churches and in public life.

One century earlier, political philosophers in France who belonged to the Reformed Church challenged the authority of kings, queens, or emperors to enforce their religious beliefs on their subjects. This required a fundamental challenge to the dominant theory at the time, namely that political authority comes directly from God. The alternative view—which we still endorse—is that political authority comes from the consent of the governed. François Hotman and Théodore Bèze are no longer household names, but they reconceptualised the nature and limits of political authority more than a century before the more well-known exponent of the same thesis, John Locke.

Similar stories are easily told about human rights, moral obligations, a right to public education (or even a right to water). The humanities provide concepts in terms of which to think reasonably about how to live in harmony with others is a multi-cultural, multi-religious modern society. But, just like the ‘giants’ on whose shoulders we now stand, we would not do them justice by simply repeating what they said. Each generation needs to think for itself, but our thinking is more likely to succeed if we study and understand how others have addressed similar questions in the past.

Desmond Clarke is Professor (emeritus) of Philosophy at University College Cork and is one of Ireland’s most distinguished internationally recognised scholars. He was awarded the Royal Irish Academy Humanities Gold Medal in 2014. 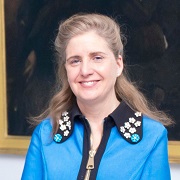 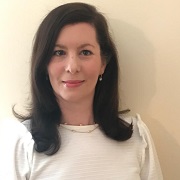